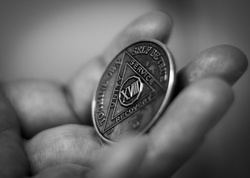 Staying Sober Without AA – Possible For Some, Unlikely For Many 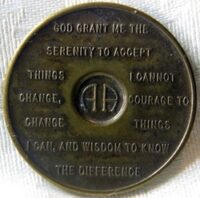 drugs alcoholically or vice versa) to acquire meaningful, long-term and consistent sobriety is to be faithfully connected to a 12-Step Fellowship. Some would even imply that staying sober without it is unlikely to happen.

The two most popular 12-Step Fellowships, with members of longevity known, respectively, are the Fellowship of AA, meaning Alcoholics Anonymous, and the NA Fellowship, meaning Narcotics Anonymous. There is also the fellowship of CA which is Cocaine Anonymous and probably a few more recent fellowships that I may not be aware of. The two most recognized books used in recovery would be the “Big Book” from AA (which is also used by CA members) and the “Basic Text” from NA.

Most of the new drugs out now were not from my era. I come from the 60s and 70s when speed was “black beauties or cross tops” not crack or crystal meth. Being that I was an “Old School ” heroin addict and the dope was uncut, I have watched the heroin being stepped on and replaced with Fentanyl as an SUD Counselor now working in treatment. I also see the synthetic prescription opiates like Oxy, Norcos and Vicodin that are becoming major gateways to long term addiction. My point is not to glamorize the plight or the history of how drugs have continued to evolve into an epidemic that has crushed countries, societies, communities, families and individuals with the wrath that it leaves. That wrath is addiction and it is not a California thing or a New York thing, it’s not even a United States thing or a North America thing…it is a GLOBAL THING. Addiction is internationally known and it affects us globally here on this planet we call Earth.

With that said, we also have another movement that is global as well. According to statistics from one source, the membership of Alcoholics Anonymous, as of 2020, was over 2.5 million members worldwide, with over 120,000 weekly meetings worldwide and it all taking place in over 179 countries worldwide. These numbers reflect successful members that remain sober.

So is staying sober without AA even possible. Unfortunately, statistics say it is possible, but highly unlikely for any long-term sobriety to take place if not grounded in a fellowship and continuous, rigorous work. However, one thing remains true and that is that statistics are designed to be broken.

A Look At The Pluses – The Upside

Being part of a supportive 12-Step Fellowship, such as AA or NA, definitely has a huge upside. We could probably talk about the huge upside all day if necessary, but I have listed a few benefits for the purpose of this post. Let’s take a look at the pluses:

Unlike you local Country Club, you 24-Hour Fitness pass or even you annual membership to COSTCO, NA or AA membership is absolutely free. There is no cost to join, only the will to remain abstinent or stay clean, sober. The support that is offered to fellow members is so undeniable, that a famous doctor back in the 30’s (when there were no treatment facilities, only insane asylums) made public reference that he himself, as a renowned physician, has never seen anything as effective, medicine or otherwise, in bringing these men back from the gates of hell as two alcoholics working together. And it has been that way ever since.

Along with this free membership comes sponsorship for the asking. A sponsor is someone who has previously worked the program steps and is qualified to give another member direction, and ultimately guide them through the process. This is referred to as 12-Step work and it consists of rigorous honesty within yourself to go through this fact finding process about one’s self. As an Alcohol & Drug Counselor now, as well as an ex-junkie who was strung out on heroin, I can honestly say that this type of therapeutic, spiritual awakening that any licensed therapist would attempt to me mick would cost you way out-of-pocket and the results would probably be less than advantageous. The root of this gig is pure “selflessness” and this is the one precursor to becoming a successful member. However, it is still considered “all good” because this selflessness is what keeps us sober. In other words, the one who practices this is the one who benefits. It’s a “pay it forward” type of deal where no money is exchanged. Just the locking of empty hands with one another.

Another upside to this fellowship deal is that there is a meeting near you, all day, every day, in any city, in any state and probably even in every country that requires a passport. This is monumental for the continued building of an unmovable foundation. When we first get clean, the house is just a frame with no real structure or foundation that is strong enough to last while it’s being built on. The AA Meetings are a form of “brick & mortar” for our continued sobriety if you will. In each meeting, something new is being built on. It’s an inside job that continually takes place if we allow it.

The icing on the cake, for the purpose of this post, is that with the population of recovering alcoholics and addicts, there is no shortage of advice or support for ANY member. The common analogy and camaraderie is that “you cannot keep what you have unless you give it away!” This better explained in laymen term is that each individual in recovery is to be willing to take someone else through the 12-Step process that they themselves have undergone. It’s that simple. Each one, teach one. Not only can you not keep what you have unless you give it away, but you have to give it away for FREE!

A Look At The Minuses – The Flipside

Everything that goes up must, eventually, come down. I guess that why we have up and down or pros and cons, advantages or disadvantages, pluses and minuses. What all this equates to is, really, good and bad. You simply have the good and the bad in everything. The good thing about a Lamborghini is that it is a HELL of a car. However, most people can’t afford one because it cost way too much money. One good thing about a Chocolate Fudge Banana Split Sundae is that it is TRULY delicious. To die for maybe so but it’s 1350 calories and that’s a bad thing.

It is safe to say, as well, that staying sober without AA may prove to be more difficult than being able to stay sober while being involved with AA, as a member. It really only stands to reason just based on the statistics alone of the 2.5 million people that have maintained sobriety within the AA community. That fact alone is (or should be) enough to convince anyone struggling with addiction, that there is a solution available. It should also be known that the founders of the fellowship themselves have stated, “we do not claim a monopoly on recovery”, meaning AA may not be the only way to recover.

I’ve got news for you. If you are or were anything like me, the answer is NO, I am not. Because the truth is this: Rather you have been in this alcoholism or addiction for 5, 10, 15, 20, 25 or even 30 years, the answer is the same. The same mind that got you into this mess is not going to be the same mind to get you out of it and if you were able to get out of it, you would have done so already. Let’s fundamentally look at the Minuses as opposites of the Pluses:

Listen, I know the other scientific cons or psychological cons such as men vs. women in recovery and that men drink to feel more powerful and in control, but women drink to blot out traumatic events such as sexual or physical abuse. Women do not do as good as men in recovery and they prove to do better with, for example, CBT or cognitive behavior therapy and do better in programs’ such as trauma recovery empowerment model known as TREM. Other barriers are simply humanistic nature of believing in something more than you, like God or, as in the fellowship, a higher power in general. Some people say stupid shit like, “you higher power can even be a door knob” but “it just can’t be you”.

The co-founder of AA, Bill Wilson, known to the AA population worldwide as “Bill W.” said himself in the Big Book of AA that, “upon therapy for the alcoholic 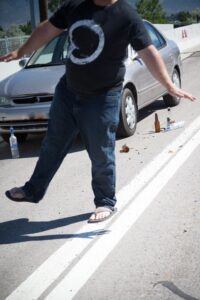 himself, we surely have no monopoly.” He (Bill Wilson) also stated in the Big Book that, “the roads to recovery are many…any story or theory of recovery from one who has trod the highway is bound to contain much truth.” And, the one that he reports that I like the most is, “In no circumstances should members feel that Alcoholics Anonymous is the know-all and do-all of alcoholism.”

So the conclusion that Bill W. came to should be the same conclusion that we somehow reach as well. That conclusion is that there is no therapy that has a monopoly on recovering and no therapy, AA or otherwise, that guarantees recovery. It just simply does not exist. What does exist is a simple program that has worked for millions of people worldwide. I am one of those people. The 12-Steps is a design for living. A transformation of the mind. An overhaul on perspective. It is a program that works. It is a simple program but it is not easy. The reason it is not easy is because there is an obstacle in the way of the programs’ recovery process. Can you guess what the obstacle is. Exactly. It is us, you and me. We are the one’s that make this process difficult, and even impossible for some of us. We are involved in the process. This makes the work difficult, and impossible for some, to complete and continue.

You have to be willing to change for anything to work. Just exercising the willingness (you don’t even have to necessarily want to do anything) changes the board for you because willingness is clothed in humility, not ego. Our ego is what has us here in the first place. Time to trade the ego in for a little humility. And a little humility goes a long way.

To Wrap It Up

I would be lying if I told you that ANY program will guarantee you lifetime, or even long-term, sobriety. There just are no guarantees available, and if anybody tells you different, there a liar. All we have are statistics. The current statistics say the deck is stacked against us to begin with because the road to recovery is slim and for few to begin with. It’s not because recovery is not available to everyone. It’s not because recovery is ineffective. It’s been effective for at least 2.5 million in AA alone, not including the other fellowship stats of recovered individuals. None of these 2.5 million people had any guarantee that there recovery efforts would be successful. None of them had that guarantee. What made them successful was that they realized they were involved in the process and were willing to get out of their own way and be led down a different path. Willingness was what they brought to the table. And it will be nothing less asked of us.

Do we need AA or NA? Do we need some other type of program or intervention? It’s possible.

Can we do it alone? That too is possible…but highly unlikely.

I would love some feedback on you experience, personal journey, where you are at now or where you would like to see yourself in the future and if there is any direction we can provide you with. See you on the next post family!