How To Recover From Drug Addiction – Mindset Is Essential For Change

The road to recover from drug addiction (or any other addiction for that matter) should be understood, to begin with, as a journey and NOT a destination. Simply 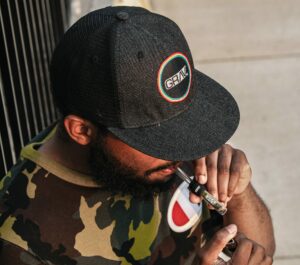 put, you continue to move forward but you never arrive. The reason you continue to move forward, as any addict, is because ALL you really have is a daily reprieve contingent upon your daily maintenance and what you have done for your recovery to sustain “that day” for having another day of successful recovery. The old cliche, one day at a time. However, that cliche stands true today as it has for the past 80+ years.

It should also be understood that if you have found, or find, yourself in the “grip of the disease” known as addiction that many roads of opportunity will clear a path for you. Let’s see…there’s a road to selfishness, a road to self-centeredness, another road to dishonesty, that particular road that leads to criminal activity, the road to self-destruction, don’t forget the road to incarceration and the road to alienation, just to name a few. Do any of them sound familiar?

There are many elements involved in successful, long term sobriety. If, you are reading this it is fair to assume you have probably traveled down many of these roads I have mentioned.

As I kick off this series of “how to recover from drug addiction”, we will be exploring the many limbs that will make up this particular body that will, in turn, function successfully when ALL the limbs are being utilized properly. Although we may individually be unique, our situation is not. Most of the characteristics that addicts have in common have proven to lead to the exact same consequences that addicts suffer from. One of the many characteristics would be the mindset of the addict in active addiction.

My Mind Is Playing Tricks On Me

No, I am not going to talk about The Ghetto Boys rap song and I am not going to quote the old “go to college” commercial “a mind is a terrible thing to waste!” you’re are familiar, cool…if not, stay with me… I’m going somewhere.

The mind is a primary part of this equation because without it we have no solution, no possible chance to recover from a drug addiction successfully. This actually rings true in life in general.

A mind that doesn’t study, on the other hand, will probably fail and remain uneducated. All of this is probable and the ONLY chance for change is contingent upon one thing. The mindset…it is essential for change to take place in the mind.

So with that said, some of you have remained in your addiction since the onset with no remedy and then some of you have refrained, gotten clean, maintained sobriety for some length of time…and then unfortunately came the relapse. Wherever you find yourself, one factor plays a role that definitely assisted you in getting there.

And, that would be your mindset. Let’s look at a couple of hypothetical, yet realistic, scenarios:

Tom works for a Law Firm and has been a paralegal for 5 years. He used to be very noticeably productive at work. His co-workers notice a change. Tom has been using heroin now for 10 months.

It started out as “recreational” so he thought. He never used drugs before this and now finds himself, at 38 years old, using more and more on a daily basis. He still has his job but is often late to work and is now behind 3 months on his car note.

Tom also realizes that he is dependent on the heroin but believes that he can juggle everything that is progressively taking place. Unfortunately it only took 5 more months for Tom to find himself homeless and addicted to heroin living on the streets. His mindset gradually went from productive to powerless.

On the other hypothetical scene:

Susan has been clean now for 18 months. She had used everything from cocaine to heroin to alcohol previously. She used for 10 years at the time she was determined to get clean. Her determination afforded her the sobriety that she currently has. Her mindset had changed.

After working for the past 18 months, one day Susan walked into a Liquor Store to get a pack of gum and some cigarettes. The thought came out of no where. “It sure would be nice to have a drink right now!” Other thoughts came in to validate that thought, such as, “You deserve it because you have been working so hard” and “Just one drink…nobody will know”.

Susan came out of the liquor store with a pack of cigarettes, a pack of gum and a pint of Vodka. This led her back to the familiar faces in the places she used to get high in and before the night was through, was strung out on heroin, as well, once again.

Susan had picked up right where she left off 18 months ago. Her mindset had changed…again.

Why The Mindset Is Essential For Change

I truly believe that you cannot change who you are. I have to believe that each one of you, just as I, were created whole, perfect and complete at birth. When I was born, I doubt very seriously that my plan was to grow up to be a drug addict or a convicted convict. As a child, I had dreams like any other child. We all have the free will to follow whatever path, right or wrong, that we choose to.

There are paths that lead to success and there are those which lead to destruction but at the end of the day, it is a decision. To change is impossible. You can’t change who you are. What will you change into…lions, tigers & bears…OH MY!! STAY WITH ME!

I am so glad you asked!

What you CAN DO is eliminate the things that do not serve you, and work on being the best version of YOU that YOU can be! This process does not change you, it evolves you with positive growth into who you really are to begin with.

While you can’t change who you are, you CAN change your mind into becoming the BEST YOU that is possible. Listen, God (and even if you don’t believe it’s still true) didn’t make a mistake when He created you. The thing that plaques us is the freedom of choice, the freedom of free will. We get to decide what we do, when we do it.

Wrapping It Up To Go With Comparison

When it comes to addiction, and the mindset required for recovery and sobriety, I like to look at it the way Morgan Freeman did in The Shawshank Redemption. After he was finally released from prison after 40 years (and your addiction is quite comparable to any prison sentence-trust me, I’ve been there) he was writing in his journal, saying, “I find it harder and harder every day to make it out here”.

He was so used to that cell and that yard after 40 years that he couldn’t see his way out. All of a sudden, in the midst of it all, it dawned on him that he had a DECISION to make. He could either get busy living…or get busy dying.

This wraps it up in a nut shell. Your mindset will either support you or it will defeat you. There is no gray area when it comes to addiction. You’re gonna get busy living or get busy dying!

I myself have traveled down many, many roads that were full of obvious obstacles ahead. Yet and still, I traveled them. The consequences that came with traveling them were plentiful and didn’t lack any abundance of destructive content.

The roads I inherited, just to name a few from my decisions along with my addiction, consisted of crime, deceit, betrayal and incarceration among many.

What I have ultimately come to realize that I hope I can convey is this: I realized that the human being in me could not change; the circumstances, choices and decisions I made most certainly could though.

So clear, I was able to realize 13 years ago that the same mindset that got me into this mess, would not possibly be the mind to get me out of it. That had to change. The process of elimination had to begin.

Moving forward we have many topics to cover and information to absorb. I am sure that we have all been down many futile roads in our lives that have led to nowhere. There is a narrow path, a road to speak, that we can travel.

Rather, we take the easy, wide, destructive paths that consist of a bunch of endless misery, or rather we decide to take the right, only, narrow path to a better life that is a journey, not a destination, is totally up to us. One thing is for sure. When you don’t know where you are going, any road will do.

Make the decision, once and for all, to finally change your mind for good.

Much Love and I will see you all on the next post!

2 thoughts on “How To Recover From Drug Addiction” 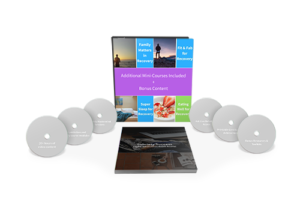