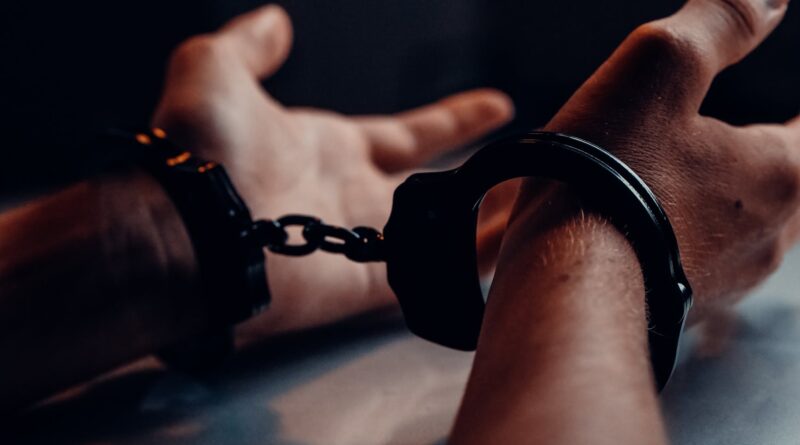 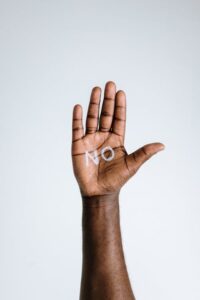 The short answer to “do heroin addicts ever recover?” is ‘YES’ they do.

While the statistics vary from different statisticians, most say that between 20% – 40% will recover from an episode.

With that said, heroin users experience many episodes, like any other addiction, of recover to relapse.

You should understand that recover, recovery and recovered all have different meanings.

If you recover from an addiction episode, it doesn’t mean that you will stay recovered or that you are currently in recovery.

So, the real questions would be:

Out of the people who recover from an episode from heroin use, how many will relapse?

And out of the people who recover from an episode from heroin use, how many will stay recovered?

Statistics say that at least 60% of heroin users who get sober for a period of time will eventually relapse.

So, do heroin addicts ever recover?

Many statistics point to a small percentage of those who will recover and stay recovered.

It is, however, important to know that statistics are meant to be broken and here’s an example below:

One Statistic That Was Finally Broke 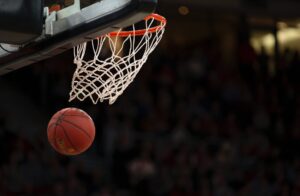 I remember Wilt Chamberlain from the Philadelphia Warriors (now the 76’ers) NBA, scoring 100 points in a single game.

That game was played back on March 2nd, 1962, which, by any stretch, was some time ago.

That record has not been broken as of today, January 23rd, 2022. This is the current statistic.

It is still a number one statistic that remains unbroken after almost 60 years.

On January 22, 2006, that number two spot record was broken by a young man by the name of Kobe Bryant of the Los Angeles Lakers, ironically the same team Wilt played for in 1969.

After 45 years of holding the number two scoring record in history, Wilt Chamberlains statistic was broken by Kobe Bryant.

Kobe scored 81 points in the game on January 22, 2006, and currently holds the number two spot that Wilt held for 45 years.

Statistics Are Meant To Be Broken

I can remember when I was in treatment almost 14 years ago. Sometimes, it seems like yesterday.

There was a Relapse Prevention group going on and I remember the counselor telling everyone to look around the room.

There were about 48-52 people in the class as I remember just thinking back.

She said, “Look around at each other. Out of everyone in this room, no more than 5% of you will stay clean.” 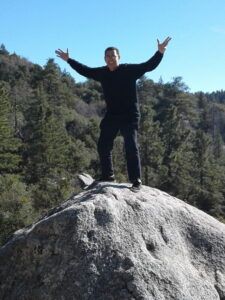 I remember looking around and thinking, I don’t know who the other 4% are, but I will be that 5%.

When I said that, I meant it. I owned it like I never have owned responsibility for anything, in that moment.

What I realized in that moment of clarity is that I have a major journey to embark on.

I understood that this journey has no final destination or arrival point.

I understood that to continue this journey successfully, I would not only have to acquire the tools, but be able to utilize them.

You see, my journey with recovery is similar to Kobe’s journey with the NBA, realizing that statistics are meant to be broken.

The mission for Kobe was to better himself so he could break statistics in the NBA that most said could not be broken.

I too had to better myself so that not only would I not become a statistic, but that I would also be in that very small percentage (statistics) of those who actually recover and stay recovered.

I was determined to be in that 5%. Fourteen years later, I can say that I am! Because statistics are meant to be broken!

Recovery Is A Set Of Firm Decisions 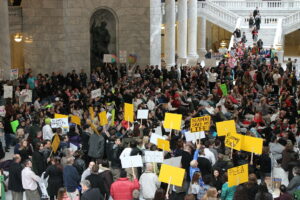 The one thing that continues to baffle addiction treatment and counseling communities is the infamous relapse.

There is no apparent method to the madness of why and, better yet, when a relapse will take place.

For a heroin addict to get too comfortable to believe that they are now for some reasons exempt from using is a mistake.

It’s like dropping your guard when someone is still swinging punches at you. If you do, you’re going to get hit.

Recovery is a set of firm decisions that need to be made.

The first decision to make is that you are in the fight to win! No compromise…no win, lose or draw decisions.

You must decide that losing is not an option and there is no lose or draw in this equation. That’s the 1st step.

You cannot fight with your guard down. You must decide not only to fight, but to guard yourself during the battle. 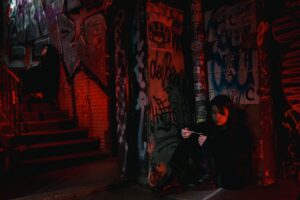 The conflict with heroin addiction will involve many distractions that cause you to drop your guard during the fight.

Like the enemy that it is, heroin addiction comes to steal, kill & destroy anything and everything about you.

By stealing your freedom, you become a slave to anything, including heroin.

Heroin addiction will kill your spirit and destroy any dreams you had of becoming whatever it was you dreamed of.

Maybe you wanted to become a doctor, or a nurse, or a musician, or a firefighter, or join the military or become a journalist, a model, settle down and raise a family…the list goes on and on.

Because the truth is, we all have dreams.

Martin Luther King Jr. had a dream. He had a huge inspirational dream that on some level we could all identify with.

Unfortunately, an enemy came to steal, kill and destroy not only the dream but the man who dreamed it.

We all have inspirations or have been inspired to do better.

As his life was so senselessly snuffed out by an enemy who at the time could not be seen, Martin Luther King was not able to see his dream.

He was killed before that happened. 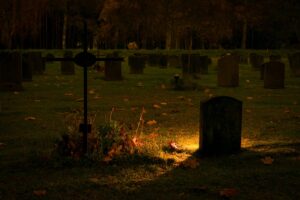 Think about the countless faces that had plans, aspirations and dreams they truly wanted to fulfill only to become seduced and sidetracked or railroaded by an enemy they could not see coming.

A relationship that they will not even have an opportunity to regret, like myself, because they are no longer here.

This is what heroin addiction looks like. The enemy comes to steal, kill & destroy.

The difference today is…are we going to allow that?

One thing we can count on while on this journey of heroin addiction recovery (or any other addiction) are distractions.

We can count on distractions coming our way like white on rice.

Although there are many situations to contend with, here are a few:

Understand, these are just a few scenarios that present themselves throughout our day, every day in our recovery.

If I can say one thing that will hopefully drive home the answer to the question, “do heroin addicts ever recover?” it is this.

Choosing Insanity While You Are Sane

Before I decided to not only get clean again, after many attempts, but to stay clean once and for all, I had to make a choice.

After getting sober and being clean for 6 months, as an example, I am no longer living in the insanity of addiction.

Now I may have other areas that need to be worked on, no doubt, but I can no longer say that I am living in the insanity of my addiction because being sober is a sane decision that has to be made each and every day in order to maintain it.

Once again, as an example, let’s say I have been clean for 6 month’s (true story) and a ‘distraction’ comes along. 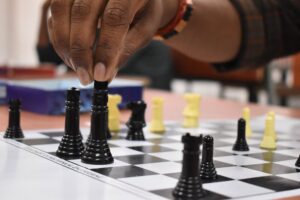 What happens is I make an INSANE decision to go back to my INSANITY, while I am in my SANITY. I chose relapse.

And I made that decision when I was as sober and as sane as I am ever going to be. I chose insanity over my sanity.

I cannot use the line that I was in my addiction, because I was sober at the time of making that insane decision…again!!

For whatever reason, I made an insane decision, while I was sane, to go back to my misery, which was my addiction.

Most importantly to take responsibility for my actions, it was my choice. It was what I decided to do.

What It Boils Down To 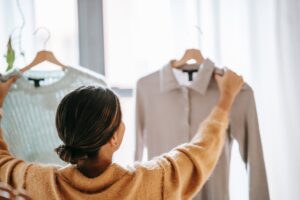 This is what it boils down to.

It’s who is involved in the relationship with the addiction.

Any addiction recovery process is simple. What makes it difficult is that we are involved in that process.

We make it difficult. We make the decisions. We are responsible for the outcome.

No one said it would be easy. Like making any other decision in life, sometimes it can be difficult.

But there is a big difference is knowing what the right decision is and choosing the wrong one anyway.

Concluding With The Right Decision

Don’t ever underestimate the power of free will. Nor use it as an excuse for your unfavorable decisions.

Each and every one of us has an unalienable right to deciding for ourselves.

When we decide wrong, we have no one to blame but ourselves…not the family, not the treatment centers…no one. 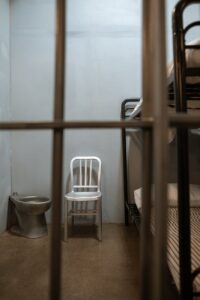 And believe it or not, we are going to make a decision, one way or the other, rather we like it or not.

I decided 14 years ago that heroin would no longer be a part of my life…I DECIDED.

I decided 14 years ago that I could not do this alone; that I needed the recovery community…I DECIDED.

Do heroin addicts ever recover? YES they do…when they decide to. The ones that don’t, decided not to.

14 thoughts on “Do Heroin Addicts Ever Recover?”